JENNIE’s Interview with US Billboard, 'We Have Surprising News for Next Year' 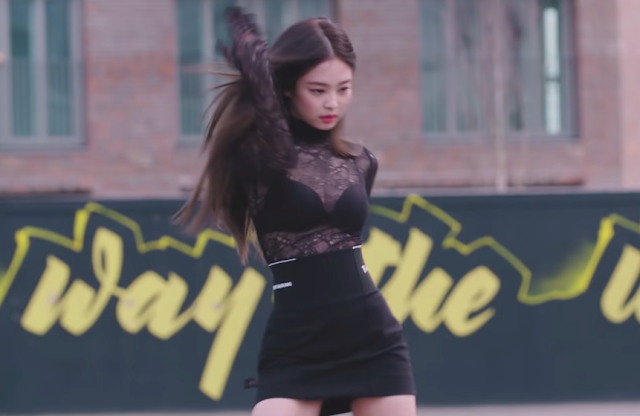 BLACKPINK's JENNIE revealed her thoughts as a solo artist and future plans on her exclusive interview with US Billboard.
On December 14, Billboard uploaded an interview with JENNIE with the title ‘Jennie Talks ‘Solo,’ Being the First BLACKPINK Member to Release Her Own Song’.

JENNIE discussed various topics including the message she wanted to spread through ‘SOLO’, her thoughts on topping the global music charts, impressive episodes when she was filming the MV for ‘SOLO’ and plans on overseas tours of 2019.

JENNIE shared the listening point of her song by stating, “’SOLO has the meaning of staying true to oneself. Confidence is very important. I hope a lot of people feel the same way”.

On her recent no. 1 on Billboard’s ‘World Digital Song Sales’’ chart, JENNIE stated, “I couldn’t believe it at first”. She continued, “It felt like a miracle that so many fans all over the world listened to ‘SOLO’. I feel very grateful”.

On the question asking for her ‘most memorable episode during the MV shooting’, she replied, “It was my first MV shot in overseas, in London. I felt like I was the main protagonist of a movie since it was shot in a luxury mansion”.

JENNIE continued, “I’m holding a world tour next year. We have high expectations”. She added, “We have a couple of surprising news prepared. That’s all I can say”, raising the curiosities of fans.

BLACKPINK will start their world tour next year on January with their schedule consisted of 9 concerts in 7 cities of Asia for now. As the group has noticed their official debut in the US by partnering with Interscope Records, which is the representative music label of Universal Music Group, BLACKPINK’s future activities are gathering the attention of related officials of the K-Pop scene.

In the end, JENNIE shared warm goodbyes with the fans by stating, “Thank you for showing love for me and BLACKPINK. I hope to see you soon”.

JENNIE dominated real-time charts of major Korean music platforms for 15 days since ‘SOLO’ was released and continued to dominate daily and weekly charts. She was also placed at no. 1 on iTunes Charts in 40 countries, as well as topping the iTunes ‘World Wide Song’ Chart for the first time as a Korean female solo artist.

The MV for ‘SOLO’ surpassed 100 million views in 23 days. Her new record was approximately 20 times faster than the pre-existing record, proving her status as the most influential Korean female solo artist of all time. It is rare for ‘solo artists’ to surpass 100 million views unlike groups, but she re-wrote the fastest record in unrivaled speed.