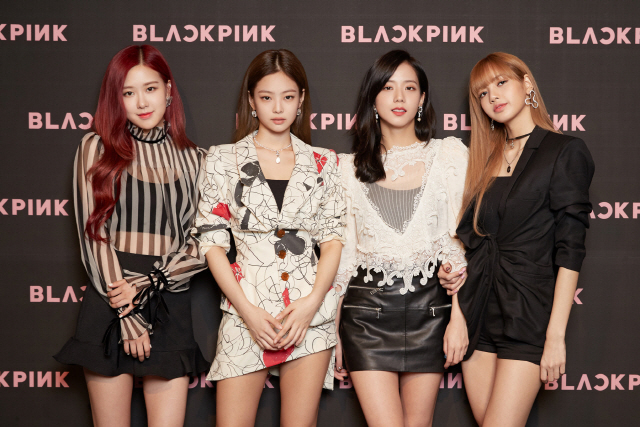 BLACKPINK has finally confirmed its comeback on April 5th with 'KILL THIS LOVE'.
Today(25th) at 9 AM, YG Entertainment revealed LISA’s poster through their official blog, announcing BLACKPINK’s comeback for the first time.

The title of the EP was confirmed to be ‘KILL THIS LOVE’, just like the name of the title song. BLACKPINK is making their comeback in approximately 9 months since they last released ‘DDU-DU DDU-DU’ last year in June.

As LISA’s first teaser and the title of the song ‘KILL THIS LOVE’ indicate, YG Entertainment explained


“BLACKPINK’s upcoming new song is a very fierce track, even more so than ‘DDU-DU DDU-DU”.


In addition, the agency mentioned choreography of the new song by explaining,


“BLACKPINK’s choreography was composed by 4 world-famous choreographers, and is more dynamic than any of the choreography released by BLACKPINK. It will satisfy the anticipation and satisfactory level of global fans”.


BLACKPINK is currently shooting their new MV day and night for 4 days, working hard to finalize their preparation to make comeback. 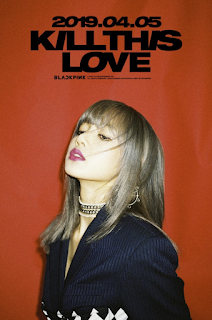 As the MV for ‘DDU-DU DDU-DU’ released last year on June surpassed 700 million views for the first time in K-Pop history, the global fans’ anticipation and curiosities on BLACKPINK’s next song is higher than ever.

Another reason why BLACKPINK’s comeback is so much anticipated is since it will be an album which will announce BLACKPINK’s expansion to the US, as they have signed with Interscope Records, the representative label of Universal Music Group last year.

BLACKPINK has previously promoted their expansion to the US and their North America tour by appearing on famous American TV programs including CBS’ ‘The Late Show with Stephen Colbert’, ABC’s ‘Good Morning America’, and ‘Strahan and Sara’ on February. It is expected that the group’s US promotion will begin in full scale after their release on April 5.

BLACKPINK will perform at ‘Coachella Festival’, the biggest music festival of the US, on April 12 and 19. Starting from the 17th, the group will begin their local promotion along with their North America tour, starting in Los Angeles.

The global fans’ eyes and ears will be focused on whether what kind of new music and fierce performances BLACKPINK will present through ‘KILL THIS LOVE’ on April 5, as the group is at their highest peak ever since making debut.