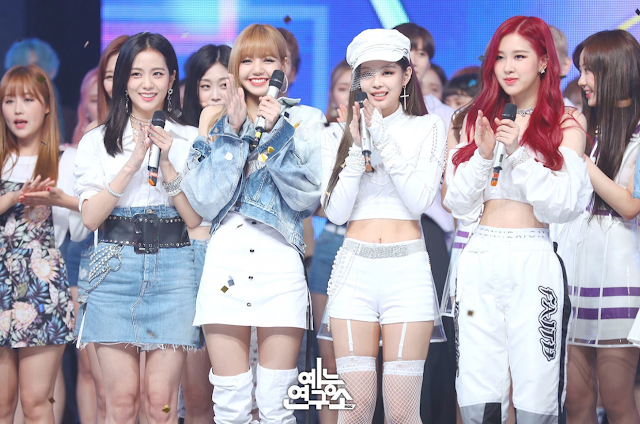 The title song’ DDU-DU DDU-DU’ from BLACKPINK’s first mini album ‘SQUARE UP’ topped MBC ‘Show! Music Core’ and SBS ‘Inkigayo’ for 3 consecutive weeks, and achieved a ‘triple crown’ on the programs as part of their 9 crowns in music broadcasts.

As ‘Inkigayo’ places a song that reached no. 1 for 3 consecutive weeks into the hall of fame and removes it from the chart, people are wondering whether BLACKPINK will win the crown once again with the song ‘FOREVER YOUNG’ following their success with ‘DDU-DU DDU-DU’.

Along with their great performances in music broadcasts, BLACKPINK is also achieving great success in music charts.

‘DDU-DU DDU-DU’ was placed at no. 1 on major Korean music platforms as of July 9, maintaining their top position for 25 days. ‘SQUARE UP’ and ‘DDU-DU DDU-DU’ previously set a milestone in K-Pop girl group history by debuting on Billboard’s main charts including the ‘Billboard 200’ as no. 40 and ‘Hot 100’ as no. 55.