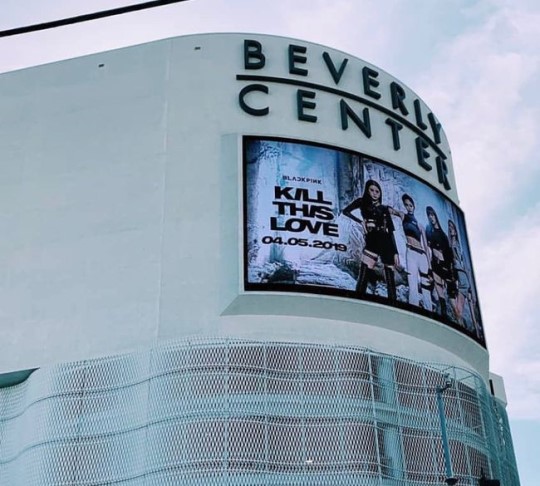 The Billboard showed the title of the song ‘KILL THIS LOVE’ to be released on April 5 along with the members. The photos of JENNIE, JISOO, ROSÉ, and LISA were proudly listed on the huge Beverly Center building. The global fans’ proof shots of the billboard are being uploaded on social media sites and online communities.

With its large floating population, Beverly Center is known as the attraction of tourism and shopping in LA. Furthermore, Beverly Hills, where Beverly Center is located is the center of many Hollywood stars and its industry related officials. As a result, the billboard of BLACKPINK is grabbing the attention on not only the fans, but also many other visitors. 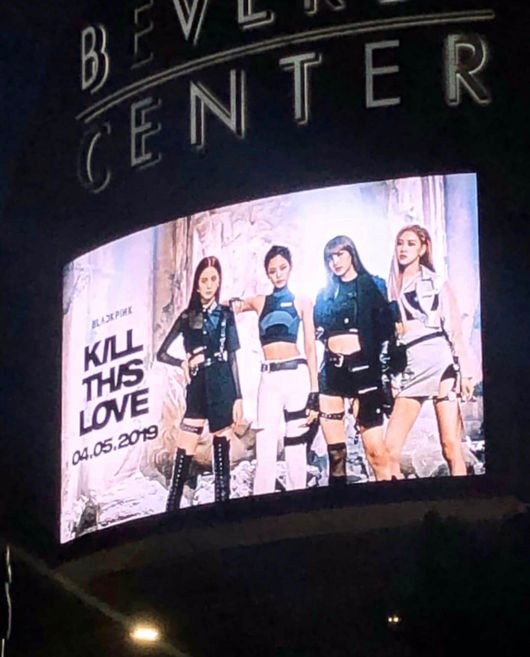 BLACKPINK is successfully noticing the release of ‘KILL THIS LOVE’ in the US with heated expectations. ‘KILL THIS LOVE’ was produced by TEDDY, who has written all of BLACKPINK’s hits ever since debut. Furthermore, as 4 world-famous choreographers have been known to participate, it is expected to surpass ‘DDU-DU DDU-DU’ which previously earned global popularity.

Meanwhile, BLACKPINK will perform at ‘Coachella Festival’ on April 12 and 19 to meet the local music fans and will go on their North America tour on the 17th, starting in LA.