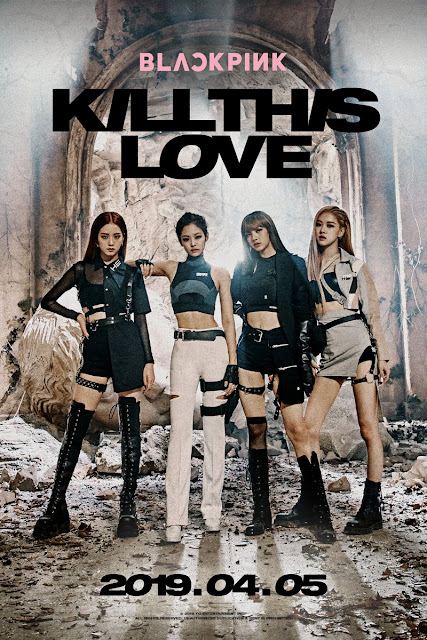 BLACKPINK revealed a teaser poster of all members with only a week remaining until the group’s comeback.
On March 29 at 9 AM, YG Entertainment uploaded the group poster of BLACKPINK’s ‘KILL THIS LOVE’ through their official blog.
On the first full-member teaser poster revealed by the agency, BLACKPINK presented their girl-crush charms with unique fashion items including tops and short pants which reminded the viewers of female warriors, thigh high boots, and garter rings.
BLACKPINK grabbed the people’s attention by presenting outfits and hairstyles which they’ve never presented before through this group teaser. 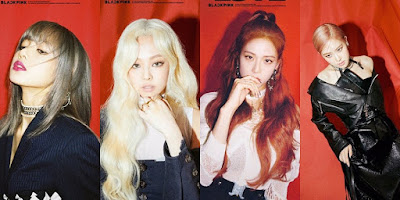 The individual teaser posters of members revealed in the order of LISA, JENNIE, JISOO, and ROSÉ’s became a hot topic with each member’s distinctive style transformation with a fiery red colored background.
The song ‘KILL THIS LOVE’, to be released on April 5, is a song with lead brass and epic drum sounds, while BLACKPINK’s charismatic rap and vocals on top create harmony and puts the entire track together.
‘KILL THIS LOVE’ was produced by TEDDY, who has produced all of BLACKPINK’s hits ever since they made debut. It is expected that the song will surpass ‘DDU-DU DDU-DU’, which earned global popularity after its release last year on June.
The performance of ‘KILL THIS LOVE’ created by 4 global choreographers is also a point to look out for, as much as the music itself. It is said that a dynamic choreography which will create harmony and complement the fierce sounds of the track has been born, raising the curiosities of fans.
The fact that ‘KILL THIS LOVE’ will be BLACKPINK’s first EP album being released after the group partnered with Interscope Records, the representative music label of Universal Music Group, is also gathering global attention. When BLACKPINK’s comeback was confirmed, well-known media channels of the US including Billboard and the Grammys revealed high expectations and spread the news.
BLACKPINK revealed their thoughts on making comeback by stating, “We’re already excited to meet BLINKs all around the world. We’re doing our best to meet up to our fans’ expectations with good songs and perfect performances”.
After the release of ‘KILL THIS LOVE’, BLACKPINK will perform at ‘Coachella Festival’, the biggest music festival of the US, on April 12 and 19. The group will also meet their global fans by going on a North America tour which is composed of 8 concerts in 6 cities, starting in LA on the 17th.
Source: Official YG