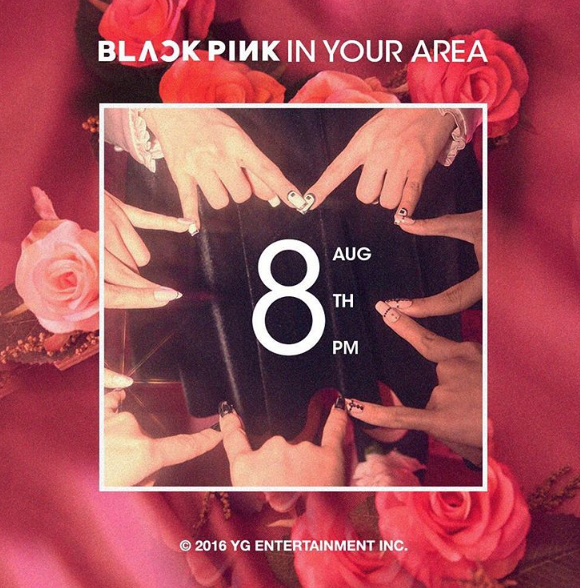 According to YG’s official announcement on July 29, BLACKPINK has completed all the preparation for their debut and the date has been confirmed at August 8. A recent article by OSEN reported that BLACKPINK was giving a final touch on their debut, thinking of August 1 or 8 as D-Day.

BLACKPINK, a rookie girl group that YG presents for the first time since 2NE1, has four members who have been hard-trained by YG for the past six years: JISOO, JENNIE, LISA, and ROSÉ. That is the reason why YG’s head YANG HYUN SUK once called BLACKPINK a “special forces unit” in an interview in the past.

For the past six years, dozens of colleague trainees and candidates for YG’s new girl group have failed or dropped out of the project. Such harsh process of training is well demonstrated by the fact that only four of the girls have survived to become the members of BLACKPINK.

The reason why BLACKPINK is drawing all the more attention is that the team is depicted as a girl group with both outstanding beauty and talent in music, which defies YG’s long-time priority for talent over appearance.

The name “BLACKPINK” means a defiance of the meaning of color pink which is thought to be the prettiest. Thus, the name of the team implies, “We’re pretty but that’s not all” and “What you see is not all we got”. The music and performance to be presented by BLACKPINK on August 8 is drawing big anticipation not only in Korea but also overseas.

BLACKPINK’s dance practice video that was unveiled recently has surpassed five million views. BLACKPINK’s members had spent years in their childhood in foreign countries, so they are fluent not only in Korean, but also in English, Japanese, and even Thai. That shows the fact that BLACKPINK’s target is not just Korea but also the global pop music market.

With BLACKPINK’s debut now only 10 days ahead, music fans are paying keen attention to what kind of music, talent in dance, and choreography the girls will present and what kind of change they will make in Korea’s music scene and the global K-pop market.