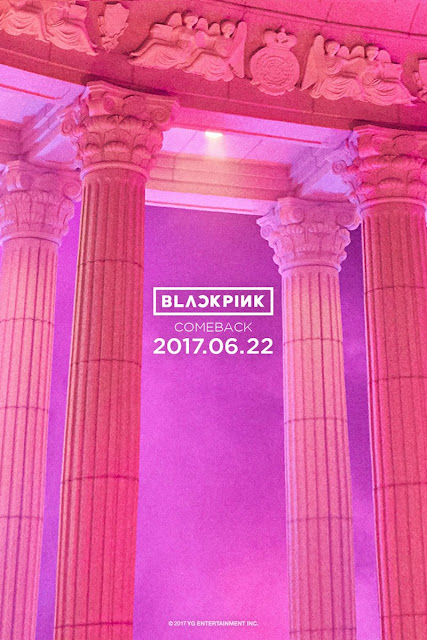 BLACKPINK, the last YG artist to come back during the first half of this year, is set to further consolidate their status in the music scene.

BLACKPINK has confirmed their comeback on the 22 this month. YG Entertainment announced BLACKPINK’s comeback by unveiling a teaser image with a pink Greek temple, on the company’s official blog.

BLACKPINK is releasing a new album for the first time in seven months since “SQUARE TWO” released in November last year. As BLACKPINK boasted an unrivaled presence in the music scene by sweeping music charts of in and out of the country upon their debut, music fans around the world are paying keen attention to BLACKPINK’s new album. 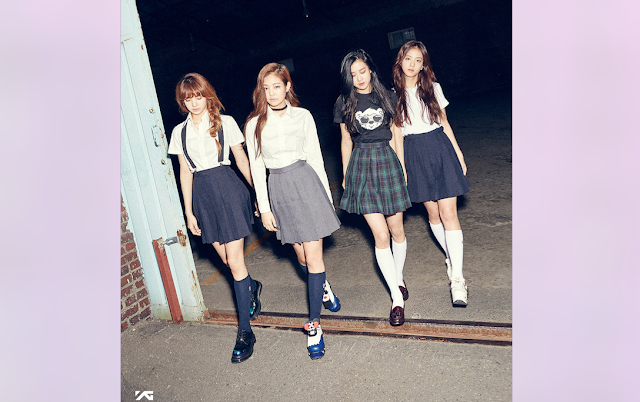 After releasing the new album, BLACKPINK will officially enter the Japanese market. The team will kick off their career in the country in a grand scale. BLACKPINK will host showcase “BLACKPINK PREMIUM DEBUT SHOWCASE” on July 20 at Budokan in Japan. It is a very rare case for a foreign rookie artist to host a debut showcase at Budokan. Then, BLACKPINK will release their Japanese debut album on August 9 and then will present themselves in music festivals and large-scale fashion events in Japan.

BLACKPINK has established themselves as a super-popular rookie girl group by creating sensation with “WHISTLE”, “BOOMBAYAH”, “PLAYING WITH FIRE”, and “STAY” since their debut in August last year. Even though it has been less than one year since the team’s debut, three music videos of BLACKPINK have surpassed 100 million views and the total number of views of the videos on BLACKPINK’s YouTube channel has surpassed the 600 million view mark. In addition, BLACKPINK took No.1 in a TV music show within 14 days of their debut, the shortest-ever period of time for a Korean girl group.

BLACKPINK created sensation overseas as well. The team is already enjoying remarkable popularity overseas. BLACKPINK has taken No.1 on the iTunes charts of 14 countries, No.1 and No.2 on American Billboard Awards’ digital songs chart, and No.1 and No.2 on Chinese QQ Music’s weekly chart, to go beyond Asian and create sensation worldwide in Europe and North America as well.