‘Comeback in June’, How BLACKPINK Became the Biggest K-Pop Girl Group on the Planet… Receives Spotlight from Vogue UK

While group BLACKPINK is about to make comeback on June, the group is receiving heated attention from many different countries.
Vogue UK, the famous fashion magazine, also analyzed BLACKPINK’s charms in detail while showing high expectations on their future activities.

On May 14(local time), Vogue UK posted a long article titled “How BLACKPINK Became The Biggest K-Pop Girl Band On The Planet”.

Vogue wrote, “As their upcoming album will soon be released, members JENNIE, JISOO, ROSÉ, and LISA are standing on the edge of global success. From setting the highest streaming record to becoming the main heroines of their new wave, we’ll discuss how they became one of the biggest girl groups in Pop music”. 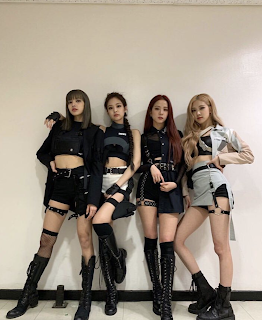 They continued, “Members JENNIE, JISOO, ROSÉ, and LISA are setting new records and discovering new domains. It only took them 4 years before BLACKPINK became one of the biggest girl groups in the world”. They also praised the group by adding, “They performed at Coachella, and became the first K-Pop girl group to reach 1 billion views on YouTube. They are also the first-ever girl group to be listed on Forbes’ ‘Asia’s 30 Under 30’ and is the music group with the most subscribers on YouTube”.

The also made favorable reviews by writing, “BLACKPINK set 3 Guinness World Records with their single ‘Kill This Love’ back in 2019, as well as reaching 312 million streams on Spotify in addition to 824 million views on YouTube. It is only part of their billions of streams, downloads, views, and followers. 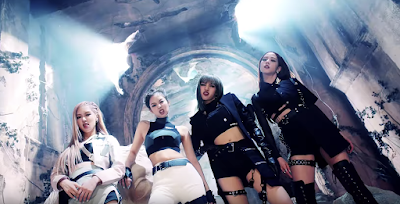 During the same year, BLACKPINK also held the most successful world tour among all Korean girl groups. They were positioned on front row seats on various runway shows and were the faces of mega brands including Chanel, Louis Vuitton, and Dior. All this became possible with a few songs in their repertory. How did they manage to do this”.

Vogue then analyzed BLACKPINK in multiple aspects including the New-gen girl band, BLINK, attention from the fashion industry, global activities, and new releases. It can be interpreted that BLACKPINK has formed a deep global fandom as well as being active in both the music industry and the fashion market. 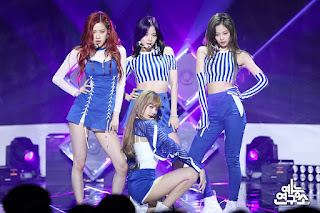 Furthermore, Vogue expected the group’s bright future by writing, “The wait is almost over. Their collaboration with Lady Gaga on the song ‘Sour Candy’ is approaching, while the group will also release a new album on June”. They added, “Can BLACKPINK become the first-ever K-Pop group to conquer the western culture of the globe”.

In the end, they added, “BLACKPINK will now become the real revolution. They will release their new album on June”.

Meanwhile, BLACKPINK is planning to make comeback in the K-Pop scene on June. Their participation on Lady Gaga’s upcoming album as featuring artists, to be released on the 29th, is also receiving high expectations. The album’s track list includes not only BLACKPINK, but also Ariana Grande and Elton John.