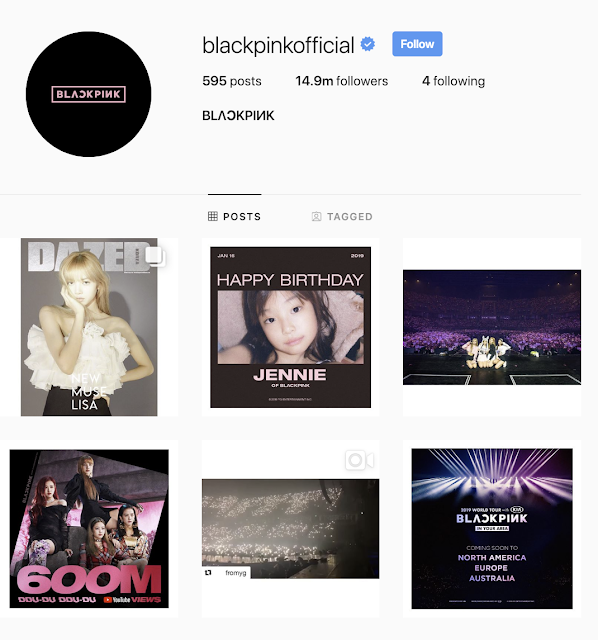 YG's girl group BLACKPINK became the ‘Instagram queens’ after becoming the ‘YouTube queens’, becoming the best girl group of K-Pop.
The group proved their unrivaled presence and strong influence through two of the most influential global online platforms.

The MV for ‘DDU-DU DDU-DU’ surpassed 600 million views on the 12th, rewriting the fastest record in K-Pop group history, once again. The record was achieved in 6 months and 28 days, and shortened the previous record by one half, which is approximately 9 months. It was the fastest record in all K-Pop boy and group history to surpass 600 million views.

The MV for ‘DDU-DU DDU-DU’ was ranked at no. 1 on the ‘Most Watched K-Pop MV’ last year. In addition, YouTube has previously selected BLACKPINK as one of the global artists that lead the trend of the year through ‘YouTube Rewind 2018’. They were also listed on the ‘Artists of the Year’ list along with global superstars including Ariana Grande, Bruno Mars, and Kendrick Lamar. They were the only K-Pop group to be on the list, proving themselves as the ‘unrivaled’ representative girl group of K-Pop. 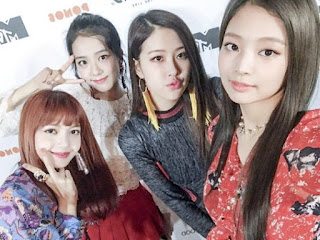 BLACKPINK is also the K-Pop group with the ‘most number of subscribers’ on YouTube, with almost 17.42 million subscribers. The group received the ‘Diamond Creator Award’ from YouTube for the first time as a girl group last year on August.

While setting milestones as a global girl group, BLACKPINK is also writing new records with the number of their social media followers.

All 4 members of BLACKPINK surpassed 10 million followers each, proving their strong presence as the ‘hot stars of social media’. They reached the figure in approximately 7 months since they first opened their individual Instagram accounts last year on June 15.

BLACKPINK LISA has 13.23 million Instagram followers, which is the most number followers among all female celebrities in Korea. 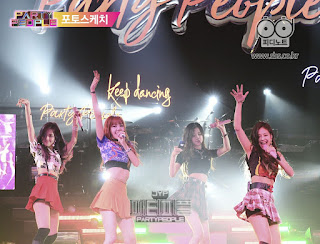 While establishing themselves as a global girl group, BLACKPINK will hold their first-ever large-scale world tour by holding concerts in Asia, North America, Europe, and Australia.

The group is also set to enter the US market by partnering with Interscope Records, the representative music label of Universal Music Group. BLACKPINK is also preparing to spread their wings on the big stage, as they have been invited to perform at ‘Coachella Valley Music and Arts Festival’, the largest music festival in the US, for the first time as K-Pop idols on April 12th and 19th.